Known for its cultural exuberance and the natural unending fields, Punjab is a fertile land with five rivers flowing across it. Punjab is not just well known for the rich heritage, history and culture, but one can also see a diversified beliefs and religious practices in this state. And it does have some of the best tourist locations in the country which you ought to visit when you get a chance. Let us take a glance at the top ten tourist places in Punjab, which should be part of your to-see list when you visit here. 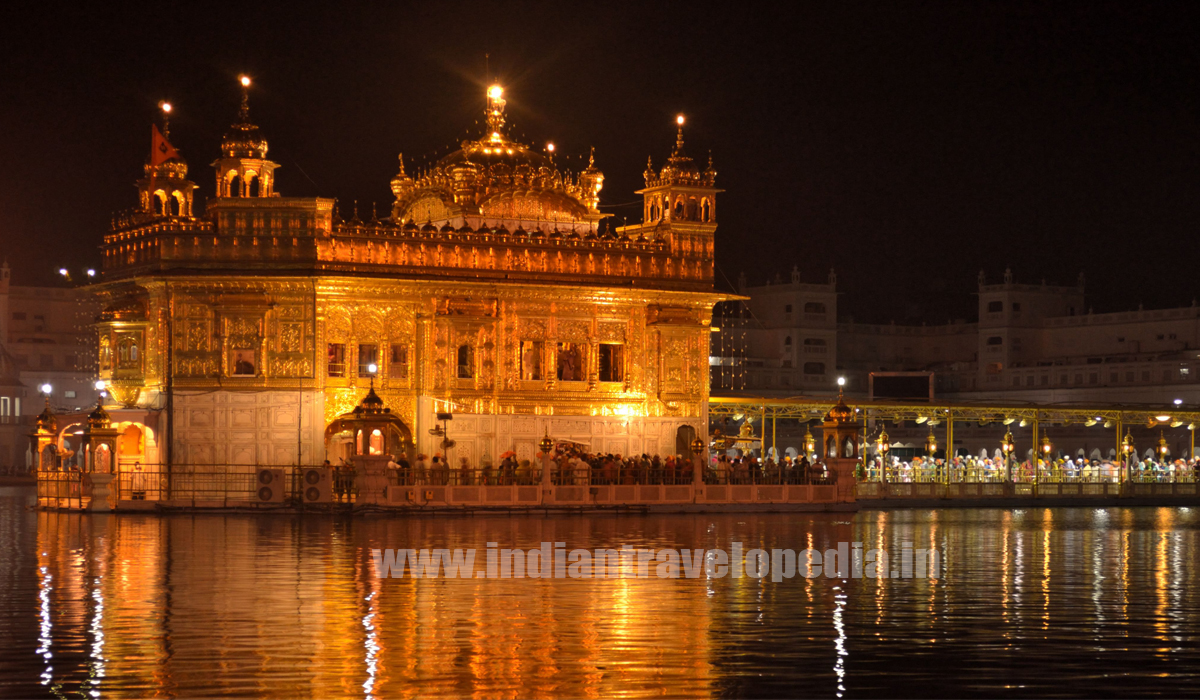 The temple in Amritsar, which is a revered place of worship for the Sikhs also stands tall as a symbol of equality and brotherhood in the state. The temple is part of the larger Gurudwara, the Harmandir Sahib. The Central shine is simmering in gold with the sun’s rays sparkling on it and you will be mesmerized further by the enclosing tank, the Amrit Sarovar. In fact the city of Amritsar gets its name from this place. Chalk this as one of your top ten tourist places in Punjab to visit and enjoy the peacefulness and beauty around you. 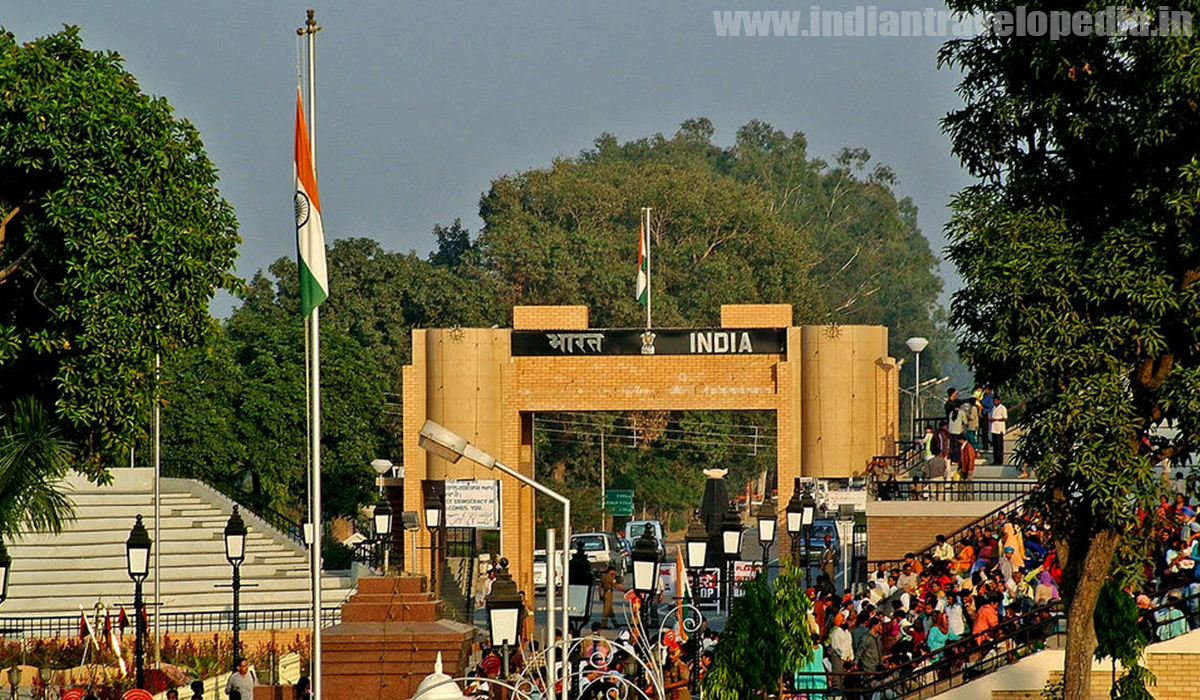 The place Wagah is a small village in the district of Lahore but what has made this small place to gain such importance is the fact that the border between India and Pakistan runs through it. This is the only border on road between the countries which further enhances its significance. The Wagah border ceremony , a military practice of lowering the flags, which happens every day is a must watch making it among the best tourist locations with historical importance in the country.

Another place of historical importance, the Jallianwala Bagh is a garden open to the public in the city of Amritsar. The garden, as many of you would know, is a memorial to those who sacrificed their lives in the very place during the pre-independence era. To this day, there is an eternal flame in remembrance of those who martyred on 13th April 1919 in this land. Do remember to pay your respects as you visit this among the top ten tourist places in Punjab. 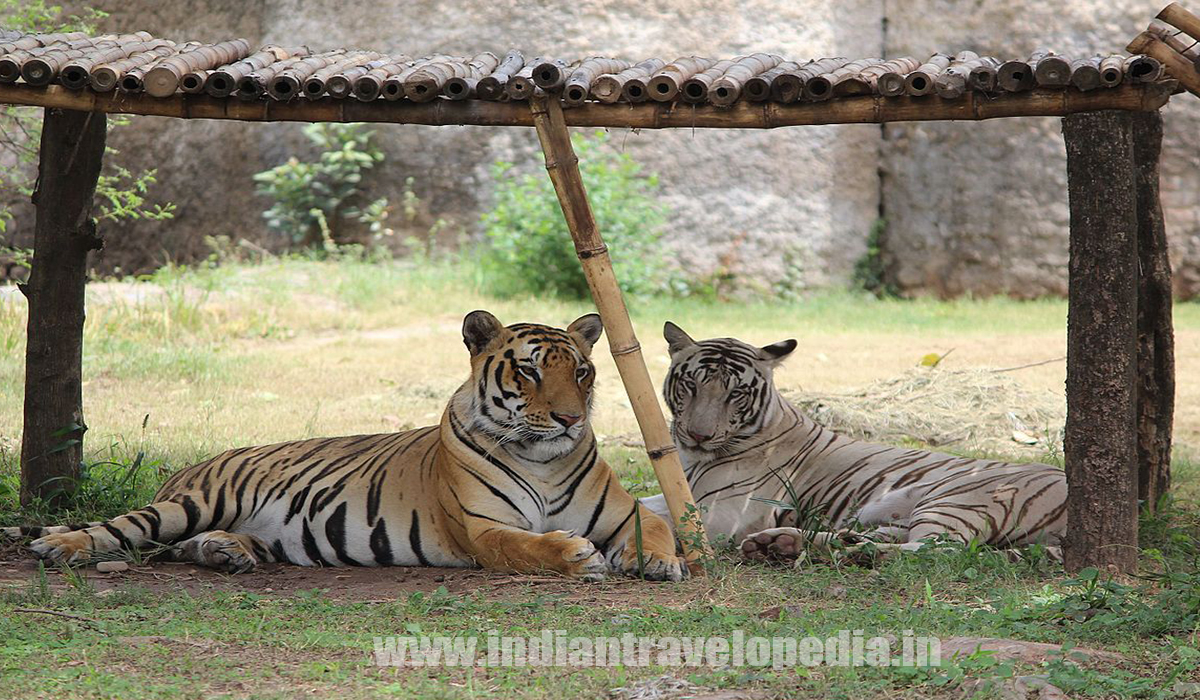 For those who are looking for some glimpse into the wilderness, the Chattbir Zoo definitely presents the view. Located in Zirakpur, the zoo houses many reptiles, night animals, lions, crocodiles, elephants in its midst. Constructed in the 1970s, the zoo which started out very small with few animals from the Zoo in Assam, has now grown into the largest zoo in the northern part of the country taking it to the top ten tourist places in Punjab. 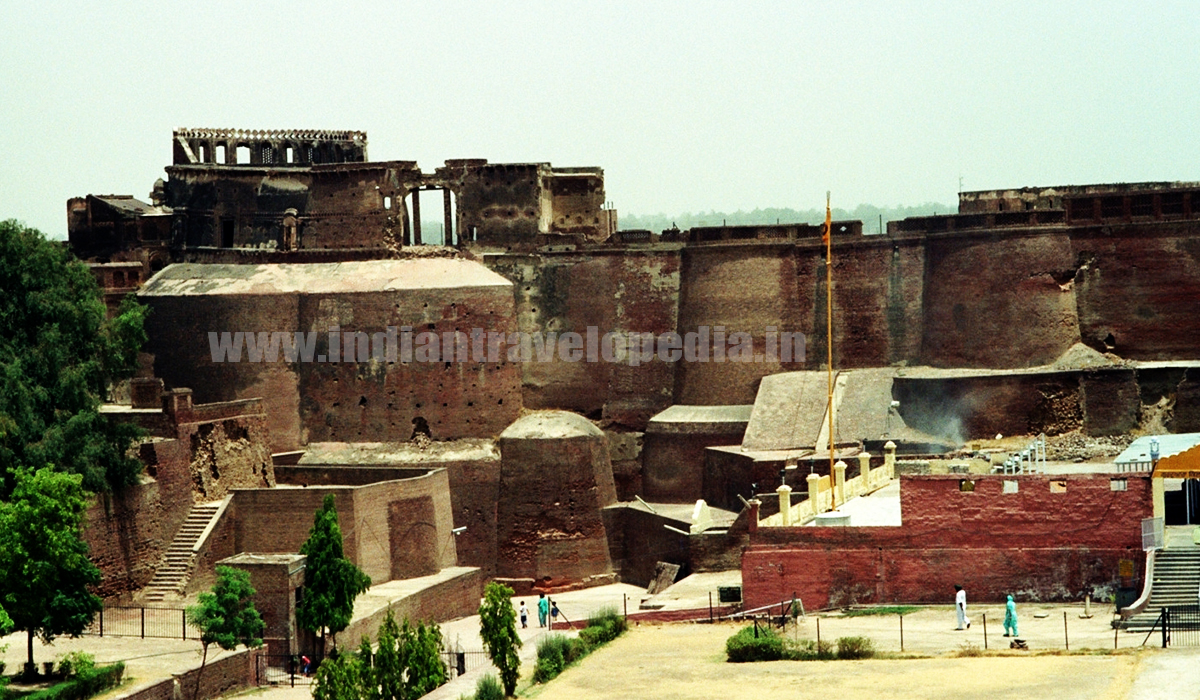 An exceptional blend of architecture and religion, this monument stands tall in the Bathinda city limits in the state of Punjab. As the oldest fort which is still not damaged, the fort is said to have been build between 90-110 AD and holds more significance for Razia Sultan, the first woman to have taken over the Delhi throne was dethroned and imprisoned. A historical monument, this is definitely one of the best tourist locations if you are pursuing history. 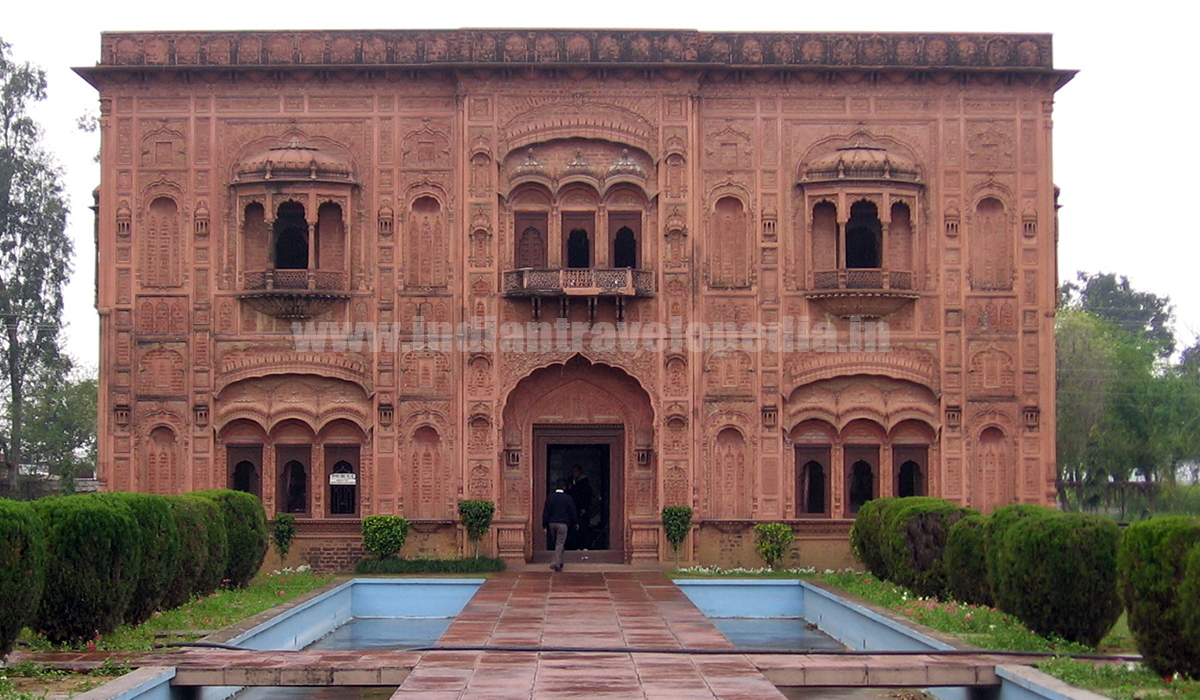 Also referred to as the Purana Qila, (Old fort), the fort was the gateway to the famous empire of King Sikander Lodhi and is now unfortunately in ruins. And yet it never fails to attract tourists from all over. The fort was built strategically along the banks of the River Sutlej was well maintained even by the British for its grandeur and splendid architecture. This is still ranked among the best tourist locations in Ludhiana which makes it among the top ten tourist places in Punjab. 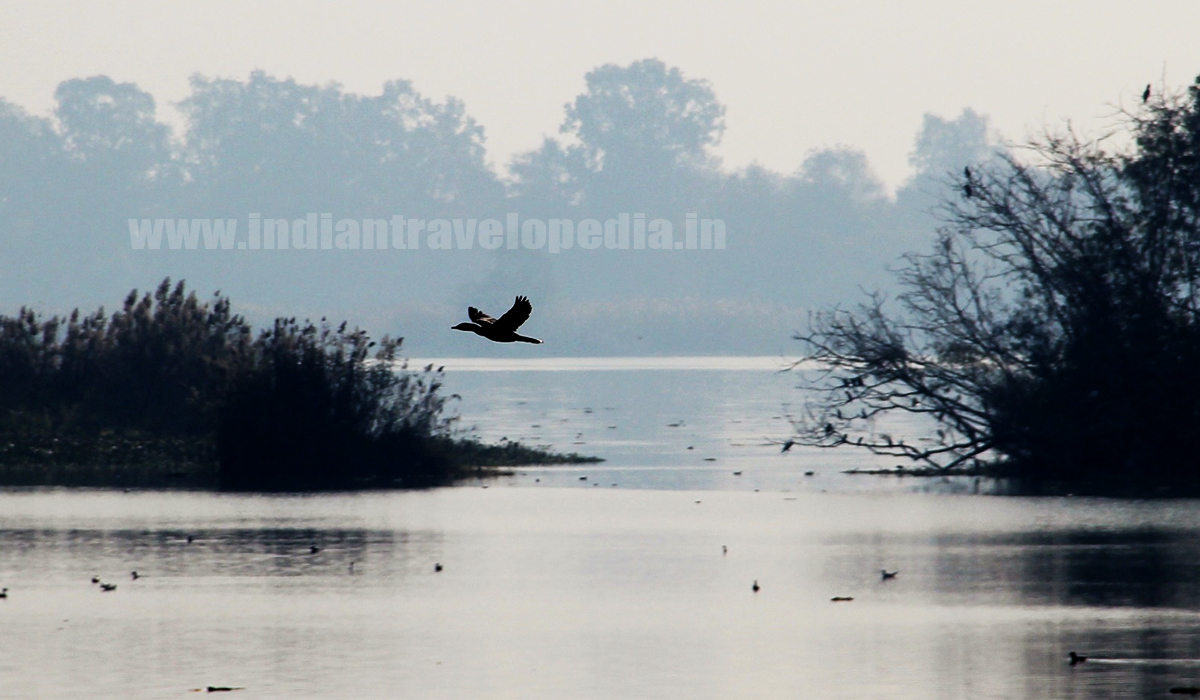 The place commonly referred in the locality as “Hari Ke Pattan” is one of the largest wetlands in the country and is found in the Ferozepur District of Punjab. The wetland has the Harike Lake in its midst, is manmade and is considered as one of the few places where a wide range of fauna and wild fowls find refuge. The head works of this wetland is located where the rivers Sutlej and Beas meet. Visit at its peak and you will be left speechless with the rich flocks of fowls finding their peace here. 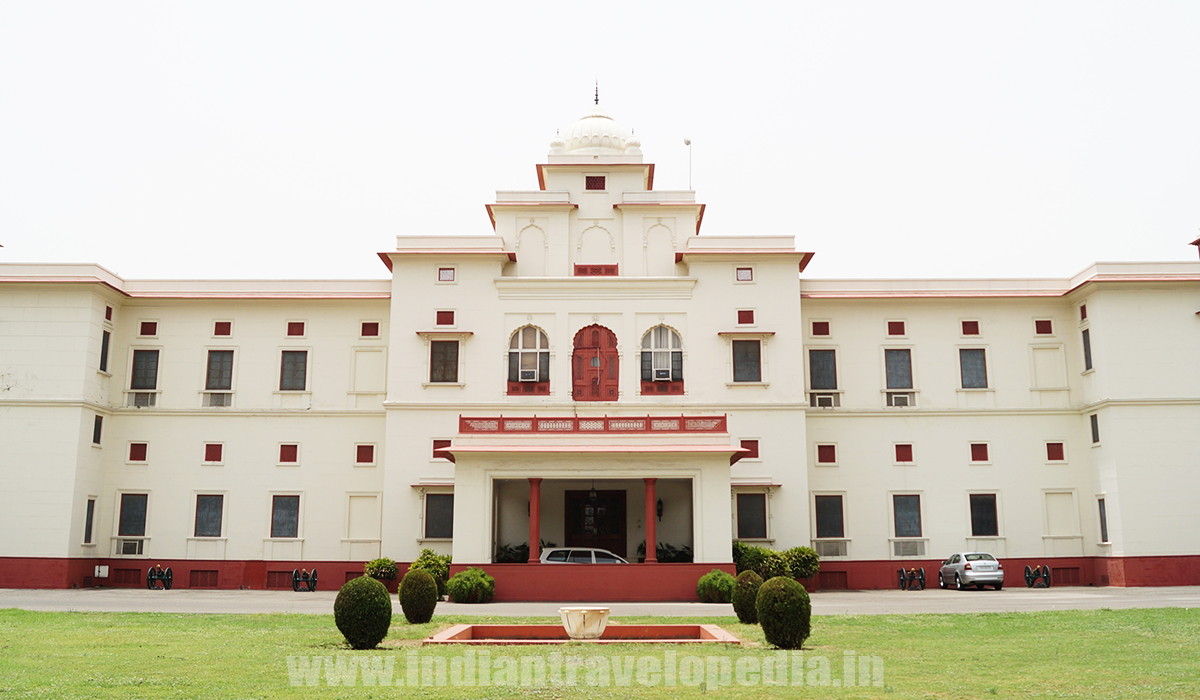 One of the largest palaces in the state, this was the residence of the royal family of Patiala. It also houses the National Institute of Sports which has the annual heritage festival of Patiala every year. The architecture, the beauty and the rich history makes this place to feature in the top ten tourist places in Punjab that one must definitely pay visit to. There are two palaces of the same name, where the new one still houses the royal family. 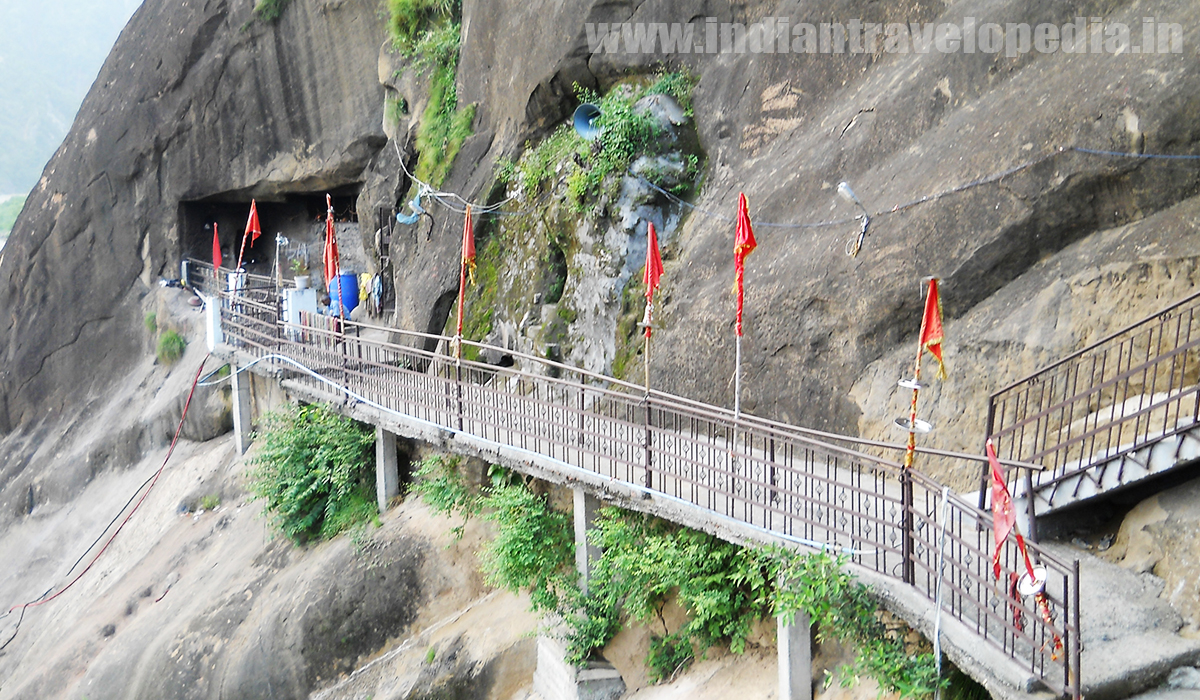 A temple for the Hindu Deity Lord Shiva, this temple is found along with four other caves, which is said to have been carved by the Pandavas from the great epic Mahabharat. According to the local folk lore, the caves and the temple was built by the Pandava brothers when they were in exile. The temple and the caves are located on the banks of river Ravi, gives you a view into the ancient architects and their finesse while also presenting unparalleled view of the river. Be ready to climb quite a lot of stairs though!

A museum dedicated to Sikhism, this place is found near Chandigarh in the town of Anandpur Sahib. The entire complex has two structures separated by a ravine and has an auditorium that can seat up to 400 people, a library that extends to two stories, and exhibition and the complex on the eastern side resembles the architecture of a fortress with stones of honey color adding on more elegance to the entire structure. Definitely this modern architecture deserves a place in the top ten tourist places in Punjab.