When you think of Rajasthan, you immediately think of exotic architecture and history. It has everything from elephants to camels, from forts to palaces, from safaris to boat rides, anything and everything to please everyone’s palate. Here are the top ten tourist places in Rajasthan that you should never miss. 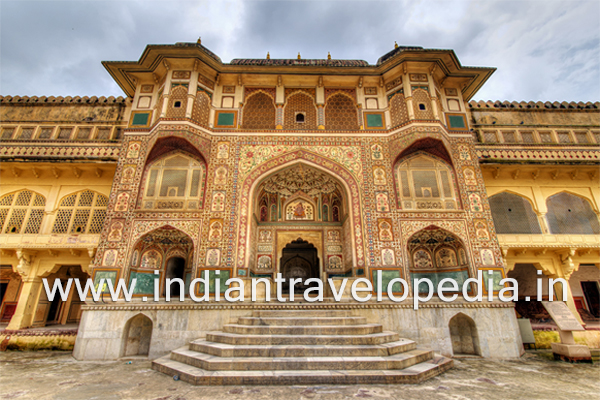 Better known as the pink city, Jaipur is definitely one of the places to see in Rajasthan. The best among the lot is the Amber Fort or the Amer fort which is located on a hill top. The astounding architecture and the intricate designs make this as one of the top ten tourist places in Rajasthan. 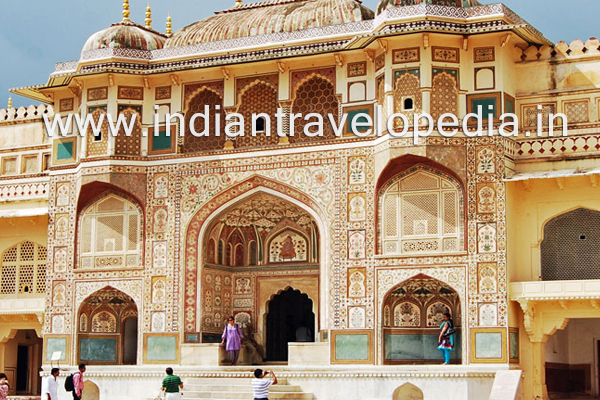 The city palace in Udaipur is a perfect blend of the architecture from different eras and is right on the banks of the Lake Pichola which makes it more romantic. It still houses the royal family and a part of it is converted into a museum displaying some royal memorabilia and heirlooms. You can even stay in the city palace making it one of the must places to see in Rajasthan. 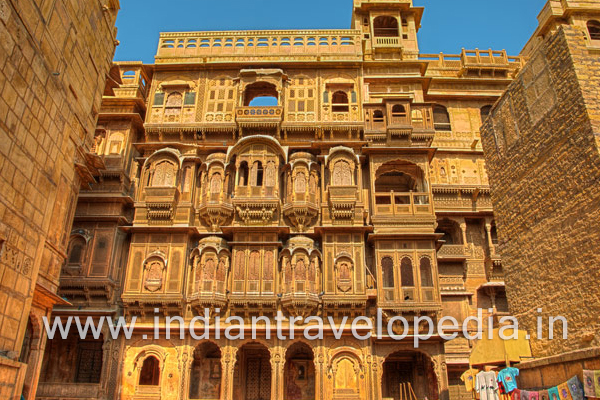 Located in the sandstone city, Jaisalmer, this mansion or haveli is a combination of five different havelis. It was built by a banker by the name Guman Chand Patwas and it took nearly 55 years to complete it. With enchanting golden shade, intricate architecture and breathtaking archways/pathways, this haveli is definitely one of the places to see in Rajasthan. Another of the things to do in Rajasthan is to take a camel safari from here into the desert. 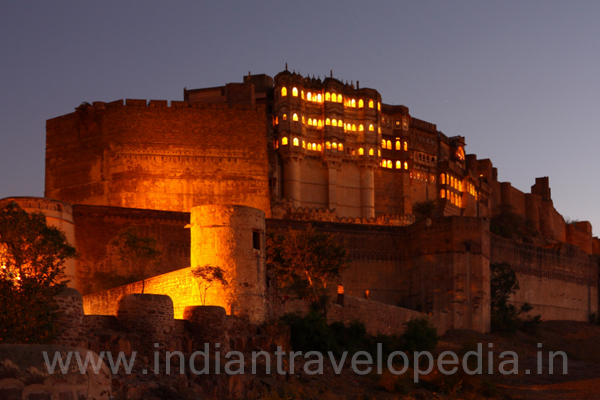 The Mehrangarh fort gives you a better view of the blue city Jodhpur and it houses a museum along with palaces. It is built with red sand stone above the city level. It looks stunning especially in the nights reflecting the lights inside. The fort itself gives you a secure and peaceful feel. In terms of relaxing and giving into the serene feeling, this is definitely one of the things to do in Rajasthan. 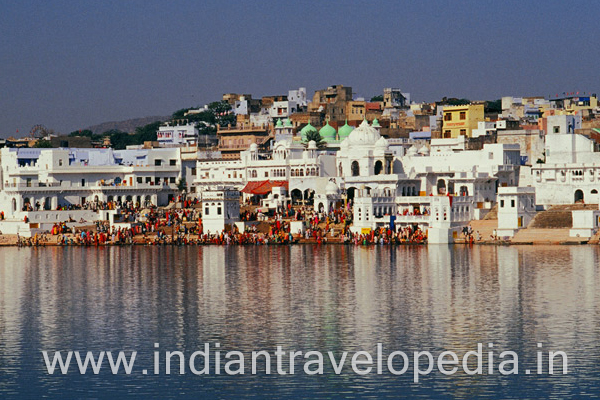 Anyone who is spiritual in the Indian sub continent would want to take a dip in the Pushkar Lake at least once in their lifetime. The dip in this holy lake is equivalent to praying for hundreds of years. The lake is surrounded by nearly 50 palaces and 400 temples making it more magnificent. 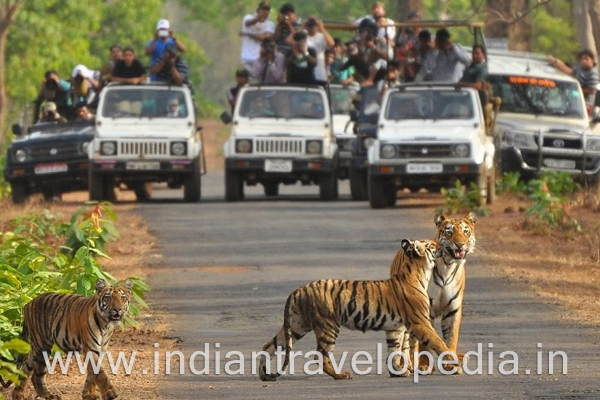 Among the many things to do in Rajasthan, spotting a wild tiger at its own habitat is a must. The National park is easy to access by road which is both a boon and a bane. The park also has the famous fort of Ranthambore built in 10th century which has many monuments and temples inside it. The history makes it as one of the top ten tourist places in Rajasthan. 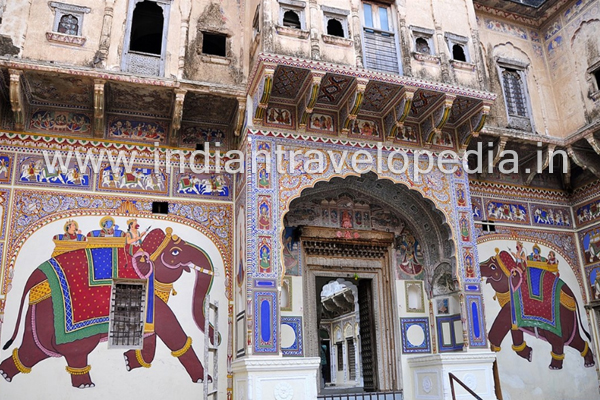 Not many are aware of the artful splendor of the Shekhawati region. So, if you are an art lover, then this is one of the places to see in Rajasthan. The old mansions, known as havelis are decorated with frescoes, a sight to behold. No wonder the place is referred to as the largest open art gallery in the entire world. 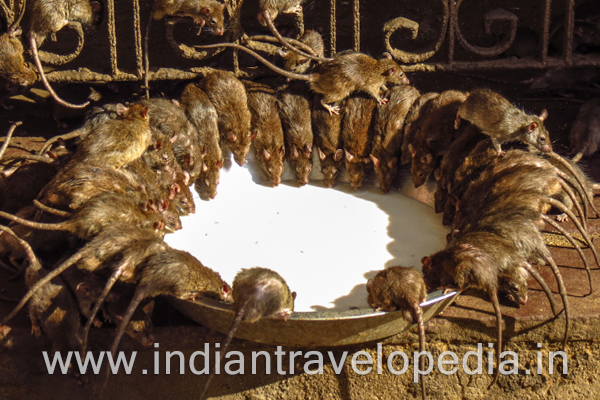 Another place where you can get into the desert atop a camel, this city also has the much talked about rat temple. Another of the things to do in Rajasthan is to witness the celebration of rats during the Karni Mata festival here. 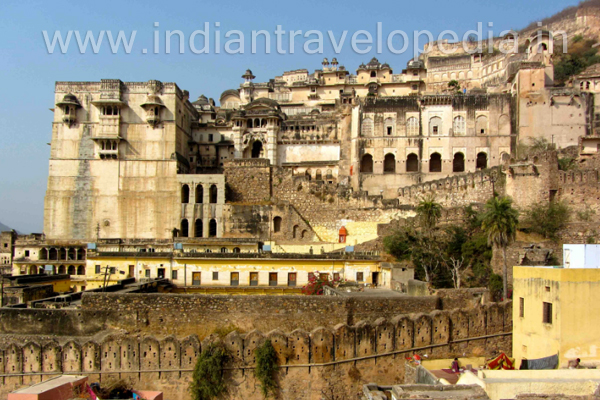 While many may not know about this place, it is equally captivating and is one of the places to see in Rajasthan. The Bundi palace stands impressively on the hill side with a dilapidated fort on top. The step wells and the winding lanes are a must see. 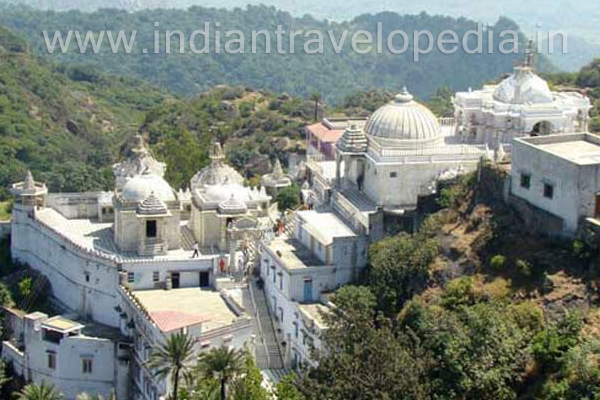 Offering sanctuary to those suffering from the sun, this hilly retreat Mount Abu also houses the ruins of the Achalgarh fort. Built in the 14th century, the fort encloses quite a few Jain temples and couple of temples for Lord Shiva. The cool climate and the enchanting nature makes it as one of the top ten tourist places in Rajasthan.